Bots Make Their Mark at Corinthian Yacht Club of Seattle 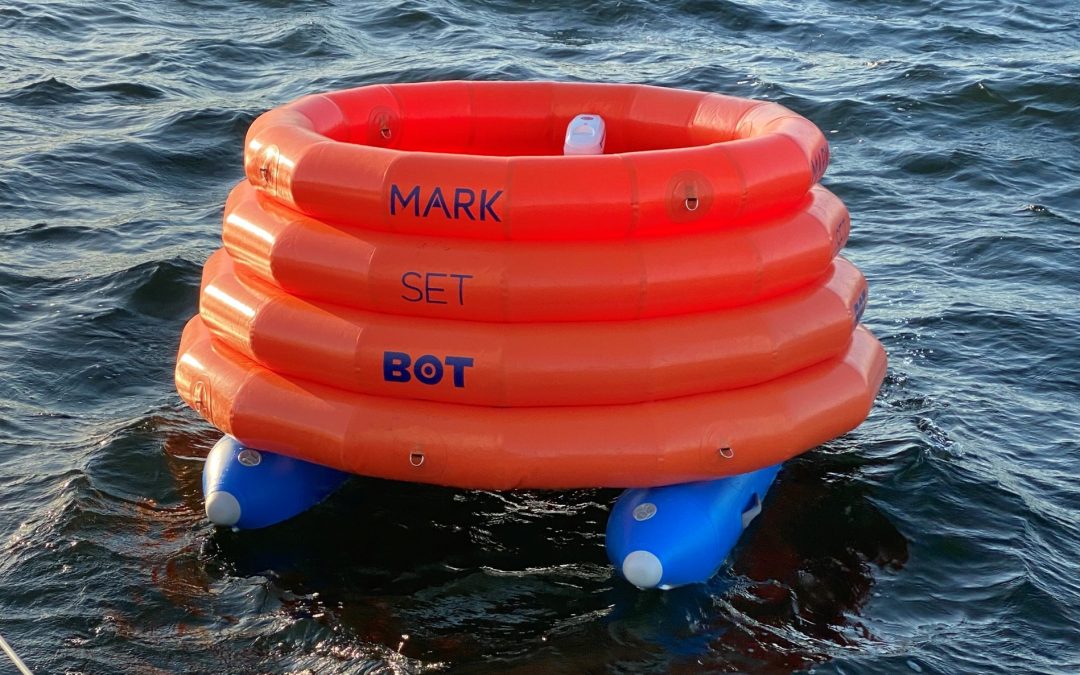 This article, “Spotted on the Sound: MarkSetBot,” was originally published on October 20, 2021 by Future Tides.

Sailboat racing is a popular pastime on the waters around Seattle and Western Washington. Especially during summer, fleets of sailboats congregate on weeknights and weekends for organized races, often using inflatable buoys temporarily anchored to indicate the race course.

This summer, Seattle’s J/24 fleet made a notable change to its race course with the addition of two robotic race marks from Detroit company MarkSetBot.

“It’s great technology. Why didn’t we do it sooner? Because now it’s proven and it was time to bring them to the Northwest,” said Harry Dursch, a Corinthian Yacht Club member and longtime J/24 owner.

Dursch is part of a group of longtime Seattle sailors who privately funded a lease for two MarkSetBots this past summer. They hope to purchase two or three MarkSetBots, making the “drones of the water” a permanent fixture for the CYC racing community on Lake Washington.

The MarkSetBots are controlled by a smartphone app and use cellular service to send weather data and receive instructions. They are also equipped with GPS for location tracking.

The user navigates the bots, which travel at 4 knots using a Minn Kota trolling motor, into position and then selects an anchor mode. The MarkSetBots use partial propulsion to stay within a 2-foot circle of that location.

This was not the first time CYC members tried the robotic buoys, however, using “version 1” did not work out. They took another look at the technology’s development over the past few years and were drawn to how the MarkSetBots could keep the start line square to the wind.

The Seattle J/24 fleet, which races weekly on Lake Washington from late April to early September, is very active with 20-25 boats on the starting line. The fleet also periodically competes in regattas on Puget Sound.

Keeping the start line square is a common challenge for principal race officers (PROs) and especially tricky in shifty wind conditions. When the line is no longer square one end becomes favored, changing a racer’s strategy and compressing the fleet.

Another benefit of the MarkSetBot is the time saved by not anchoring and re-anchoring buoys. Depending on the body of water, traditional race buoys may be anchored with hundreds of feet of line.

“It’s really perfect for our conditions out here, we have shifty wind conditions and deep water,” said Dursch, referring to Lake Washington.

Dursch says the MarkSetBots improved the quality and quantity of racing.

“That’s what the racing community really wants,” he said. 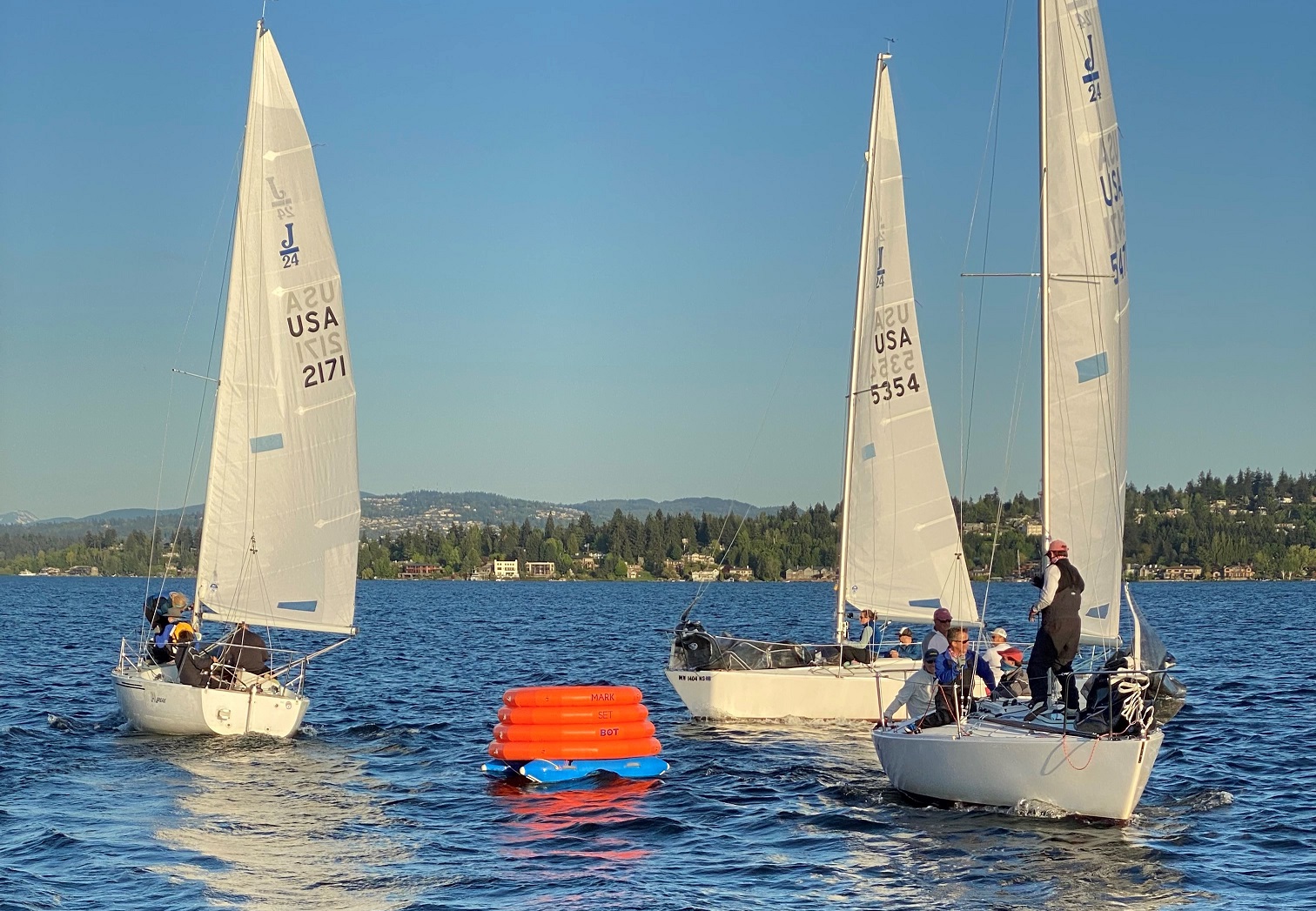 It did take Dursch and his group some time to get things dialed. The first night the MarkSetBots made their appearance on the J/24 race course turned into a memorable one.

While using one of the MarkSetBots for the weather mark, it was hit by a racer and moved from its GPS anchor location. To the surprise of other nearby racers, the MarkSetBot made a beeline at 4 knots back to its previous location, bumping into any boat that stood in its way.

Haley Boscolo, a Seattle Yacht Club member and local sailor, experienced racing with the MarkSetBot for the first time this year on a J/24 and with the Tasar fleet.

“It was just like rounding any mark but they do move,” she said.

Undeterred, Dursch and the others worked with PRO Troy Childs to master the RaceOS app and fine-tune the equipment. By mid-summer, they found a routine and even began leaving the back-up inflatable marks behind.

Bringing the bots to the Puget Sound also led to new learnings, including how best to transport the MarkSetBots which are 4’ tall and 7’ in diameter when fully inflated. The conditions on Puget Sound can add challenging elements of current, waves and even more depth.

“It’s still to be determined to see how they handle 3 foot waves, tide against current or winds up to 25,” said Dursch.

At this year’s Tasar U.S. National Championship in September though, racers faced a different problem with light wind conditions. The fleet only got on the water one day of the two-day regatta but utilized the MarkSetBots in the shifty conditions.

“Realistically it saved a lot of time being able to move the marks,” said Boscolo.

These MarkSetBots will likely be back on Lake Washington next season and may lead to adopting other racing innovations. The J/24 group also hopes to introduce technology from the same company that uses sensors on the boats to detect if they cross the start line early.