Have you ever wondered what goes through the minds of PROs?  In our new series, Pro PROs, we’re sitting down with some of the best PROs in the business and asking them the tough questions: like what their favorite course type is and finding out once and for all whether they are pro or anti flags.  We’ll share their best course setting advice and tips for you to take back to your race courses.

Our next PRO to be featured is Mark Foster!

A legendary PRO, he has run events around the world, from Texas to Monaco and everywhere in between.
Read on to learn how Mark runs his races and some of his tips and tricks of the trade. 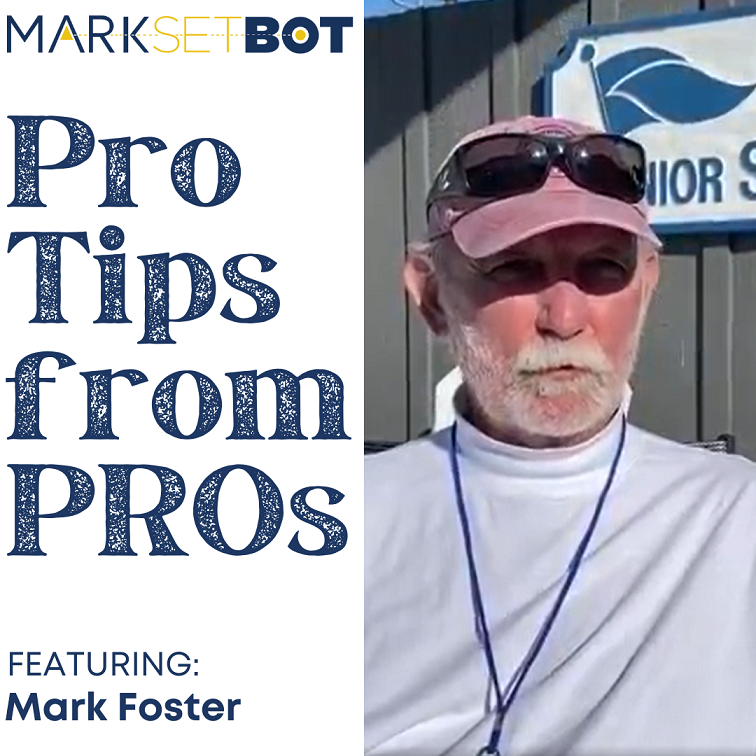 Tell us a little about where you are from, your sailing background and when you first became a PRO.

I currently live in Canyon Lake, Texas.  I went sailing the first time on Saturday, April 4, 1964, took a liking to it and have made it a lifetime sport.  I’ve sailed everything from sunfish to 180’ ketch.  My sailing career included number of National Championships and two World Championships, along with 3 St. Pete awards.  I started running races in 1999 and became a RRO in 2007, a NRO in 2011 and an IRO in 2013.  I see being a race officer as a way to give back to the sport.

What is your best of advise for someone new to race committee?

Enjoy the experience.  It is a bit different than being on a boat.  Also, remember who you are out there for.  The sailors are your customers and spend a lot of effort to come to the regatta.  I keep learning things every time I race or run a regatta.

What’s the one thing you can’t live without while running an event?

My rabbit ear extendable wind stick and a hockey puck.

What is the most egregious rule violation you have ever seen?

Well there have been quite a few. But none I want to relive.

Where is your favorite venue?

I like them all as each one presents its own challenges.  All of them bring back great memories from the people you meet to the challenges of running a race.

Easiest or hardest course to set up correctly?

One in very deep water or one with current.  Then, make it a trap.  Add them together and you have a challenge!

Are you pro or anti flags?

At most events I run, I ask that all boats have a VHF no matter how small.  It is a safety issue, especially in a singlehanded boat.  That way you can communicate to the competitors.  With that being said, the rules say the flags govern.  But with all the announcements, most people – myself included – do not look at the flags.  How is that for not answering the question…

Do you see a difference between running a race with Bots versus without?

Yes, a big difference.  At the recent J70 Worlds in Monaco in 250 meters of water, we used Bots on both ends of the starting line with the signal boat in the middle.  We also used them for the gates.  It was the only way we could adjust the line and make sure the gate was square.  In Charleston or San Francisco, or any place with current, just because you anchored [a regular mark] there does not mean it will stay there with the current.  If given the option, I like using MarkSetBots.

Anything else to add?

Looking forward to the next regatta and seeing old friends and making new ones.