An interview with Wally Cross about running regattas with MarkSetBots 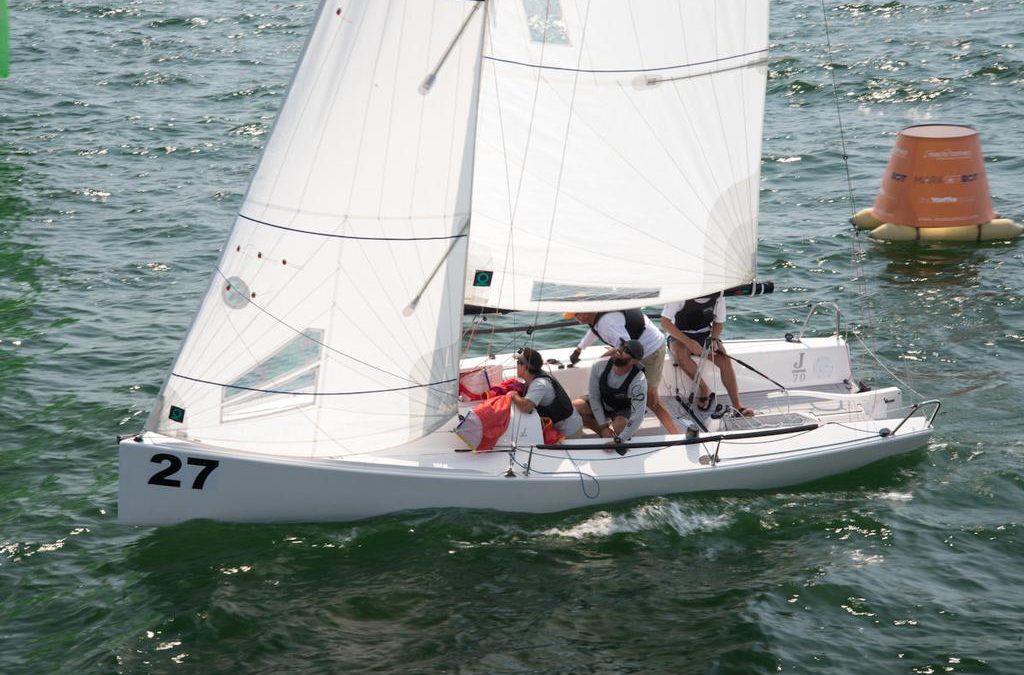 If you’ve ever volunteered for Race Committee duty, you well understand the racecourse-management headaches that are triggered by fickle, shifty winds that require marks and starting (and finishing) lines to be (re)adjusted. While some bigger yacht clubs have the paid and volunteer manpower to accommodate Mother Nature’s mood swings, smaller clubs and racing organizations are harder pressed to field enough mark boats and capable hands.

In an effort to ensure square courses, Kevin Morin at MarkSetBot created an ingenious, self-propelled mark system that uses a small motor, a GPS receiver and a cellular modem to drive the marks to user-specified locations and then maintain their positions until instructed-via a smartphone app-to relocate. Should the wind shift, the race committee only needs to update the MarkSetBot with new wind direction information and the marks automatically adjust.

To run a race using the MarkSetBot system, a club or organization needs just three MarkSetBots (one for the windward mark, the other two for the gates and/or starting/finishing lines), one RIB, and two volunteers.

While this system sounds great in the brochure and certainly holds a lot of potential for ensuring fair courses and reducing the amount of fuel that’s burned by powerboats during regattas (read: saved cash and bolstered environmental stewardship), the technology is brand new and hasn’t (yet) been widely deployed.

In fact, a recent Premiere Sailing League event at the Grosse Point Yacht Club (read: stadium sailing aboard J/70s), in Grosse Point, Michigan, was an early run for this ingenious-looking system, and-based on media coming out of the event-the MarkSetBot system impressed both the club’s racecourse-management team and Premiere Sailing League. I caught up with Wally Cross, Grosse Pointe Yacht Club’s sailing director, via email, to learn more about running regattas using MarkSetBots.

What do you see as the biggest advantages to using MarkSetBot buoys?
Proper use of time. A course can be set quickly and the course can be adjusted quickly based on a changing wind direction or speed. I want sailors racing and not waiting for committees to set courses.

[MarkSetBots allow us to use] less people to manage a course; less powerboats and a greener event, and less cost relative to volunteer expense.

As a regatta organizer, do you have any hesitations about using MarkSetBots in the future?
I do not. We always have a backup buoy or two if something go wrong.
To this date we have not had any issues, [but] we have back up plans in place, [for example, spare] batteries, etc. [just in case].

Can you quantify the number of people and boats that could stay ashore at the recent PSL regatta as a result of the MarkSetBots?
I believe the majority of people that volunteere for race committee work can stay ashore.

We ran the last stadium event with just two people. I am promoting just two controllers to make the race efficient.

From where I sit, MarkSetBots seem like a great way of greening up regattas, given that they can translate to fewer powerboats running around—do you agree?
We talk every year on how we can cut down on waste:
-Time (the time people spend waiting to sail races)
-Water (we require fill up bottles at our sailing center, never plastic bottles)
-Fuel (more efficient RIB type boats with smaller four-stroke engines)
-People (less people [equals] less waste, less food, less money)

Did the buoys struggle at all to stay perfectly on station in a breeze?
We’ve looked at the buoys in breeze, waves and current [three times] and they stay within five feet of [their] original location. I have seen big buoys with long anchor rode change twice that distance.
I was very impressed on how the buoy locked in a spot.

From your perspective, what, if anything, was the tricky/hard part about running a regatta with MarkSetBots?
The tricky part with the buoys is [that] the [human] controllers need to know how to operate the marks and adjust them quickly. The two people that learn the system also have to know how to repair or fix a problem. The buoys are also large in size and need to be assembled either out at the course or on land.

After having used the MarkSetBot buoys for a regatta, if you could change one aspect/feature of their design/build/software/user interface, what would it be and why?
I know Kevin [Morin] is constantly working on improvements. The next phase is a windfinder with [wind]speed. We need the information on our phone from the buoy, [for example] the direction [and speed] of the wind.

I also think in the near future [there] will be a 360-degree camera on the buoy.

Anything else that you’d like to add, for the record?
I believe yacht clubs could benefit from owning one buoy. I feel the best bang for the dollar will be hiring two guys to come with a trailer that contains the buoys, a RIB and all the necessary equipment to run a successful event.